skip to main | skip to sidebar

What is being an American? 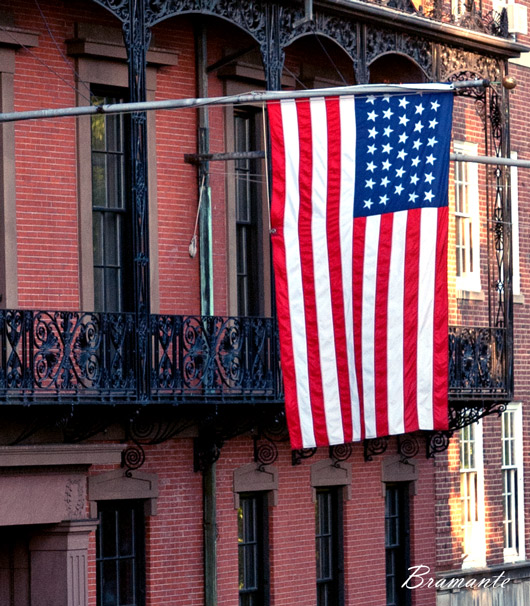 American is not a bloodline; it has no genetic markers, no cultural background, no racial identity, or a particular religious belief.  What is an American?

To be granted United States of America citizenship one either has to be born on its soil or applied for citizenship by pledging their allegiance to the country.  My parents immigrated to this country in search of a better life.  They attended citizenship classes and were eventually granted full citizenship.  Although they were now American, they spoke English with heavy accents that some would consider to be un-American.  Being first generation born and in my boyhood immaturity, I felt a shame of having strong ethnic ties to a country I had not lived in.  In my neighborhood we were the newcomers, the ones closer to the old ethnic ties than other children who were second or third generation Americans.  The one thing that becomes rapidly evident is peer pressure due to unspoken prejudices with the use of labeling and name calling.  Unfortunately, those prejudices have not died off but were transferred to the next generation of “newcomers”.  The only thing that could justify such behavior is to label it as a syndrome similar to abused children becoming child abusers.  One would have to wonder, that in a country that was founded upon equal opportunity for all, that such hateful prejudice still exists.  The funny thing is when one confronts a person with those evident prejudices, that they categorically deny that they have any prejudices at all.  I wonder if it is to shed any guilt that they are possibly breaking the basic tenet of this country or that they are totally blind to the fact that they do harbor prejudices at all.


Does being American mean that we are to abandon the heritage that makes us who we are?  Funny thing is that those that are considered “true” Americans with ancestors on the Mayflower really tout that tie back to an ethnic past with pride.  The only thing it proves is not their worthiness as Americans but that possibly some of the genes they possess have been in the American gene pool for a longer period of time.  Native Americans have lived for many generations within the borders of the land that formed this country prior to any European footprint on this soil.  Yet, Native Americans were ostracized for wanting to live their heritage by those that called themselves “Americans”.  If “American” is without any particular heritage, ethnicity, racial traits, or any bond to a particular past and equal opportunity for all then how can anyone label ones demonstration of heritage as un-American?  Associating ones demonstration of heritage or ethnicity to being un-American is truly an oxymoron and those that say such things have no grounding in the most basic tenet of America which is equal opportunity for all.

Un-American is the denial of basic rights that all citizens are entitled to.  Many forget that the rights that they feel they had earned are also an entitlement to the newest citizens among us.  American is the common bond of allegiance to the United States of America whether it is the land of our birth or our newly adopted country.  America is a tapestry woven with the uniqueness of each individual citizen and it is through mutual respect of each citizen that the American fabric will remain whole and endure. 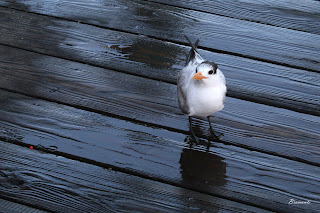 I am not an expert when it comes to bird identification so I am uncertain exactly which type of Tern this little fellow is.  I took the photo on the pier in Naples Florida a while back, not sure on gender or species but what got my attention was how this bird was begging from the fishermen lined along the rails of the pier.  The larger gulls floated around on the water about the pier and would scuffle for bits and pieces of bait or fish scraps from a caught fish.   Being no match for the much larger gulls the Tern was pretty bold hopping up to people and squawking to be noticed and have a morsel tossed its way.  When someone did toss a bit of fish its way it would snatch it up and consume it quickly before other birds could descend and attempt take it away.  It was interesting to see how a much smaller bird found a way to garner food without having to compete with birds that were bigger and more powerful.  The term “opportunistic feeder” comes to mind, a term I heard often when the discussion was about wildlife and their adaptability of coexisting with humans.

I feel like the Tern, gleaning through photos to find one that may have a bit of “meat” on it.  In a sense, I am an “opportunistic feeder” in my own right.  In the new era of digital photography it is effortless to snap away capturing more images than at times we have the time to view or perform any post work on.  It is the main reason I revisit old shoots from time to time to find that one morsel that may be worthy of another look.  Whether I find the one photo or not is not what is important, the viewing and remembering time, place and subject is the reward.  What is most interesting is that the camera captures the image that is in front of it, however the mind’s eye captures so much more.  A simple image can cause the reliving of a moment, the sun’s warmth or sounds of the steps on the wooden planks and the calls of various seabirds.  Photography allows for the freezing of the moment and preserving it for a visit on another day.